Stephen Fry now over 100,000 followers, only out ranked by Obama himelf.

Kevin Rose seemed quite upset when Mr Fry overtook him (in a past Diggnation broadcast), well now Mr Fry has swept away and jumped several places ahead.

It shows his popularity when he’s only beaten by the President of the United States, it would be particularly amusing if Mr Fry took the leading position and therefore was more popular than the the President.

There’s also a dangerous side (or potentially dangerous anyway) as the more followers Mr Fry has, the more power he wields, not just in the Twitterverse. Already when he mentions a site, it collapses under the load of several thousand (or tens of thousands of) people simultaneously trying to access the site. Maybe he should be employed by sites to test their scalability – a quick mention on Twitter and boom they’ve got users and lots of them.

Even Biz Stone (of Twitter) suggested that Stephen Fry should be Vice President of Twitter (but he could just as well be referring to the US).

Stephen Fry has put himself in an odd position, the more popular he gets the more distant he has to make himself or he’ll collapse under the load. If every follower sends just one tweet per month, poor Mr Fry gets 1 tweet every 3 minutes continuously throughout a 24 hour period. If he tries to read them during the say 8 hours of work time, then that’s 1 per minute – so one can assume a lot go unread.

@stevekennedyuk, though not as interesting as @stephenfry 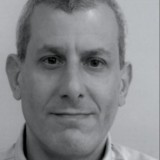