Hello it’s Jan Macijewski here. Many of you may have met me at some of the Mobile Industry Review events last year. For a long time I’ve been one of the chaps in the background helping provide perspective and insight as part of the Mobile Industry Review Advisory Board. This, if you haven’t come across it, is comprised of a few senior gents — ageing, if I’m perfectly honest — who’ve seen it all in telecoms, and for whom that word conjures up nightmares of laying miles of coax cables around state-of-the-art BT telephone exchanges during the 1970s.

Those were the days.

Whilst it’s tempting to say that in this industry I’ve seen it all — from helping install some of the most modern telephone exchanges to laying under-sea cables across the Atlantic — the reality is somewhat different. The pace of change in this market and in particular the manner in which it’s morphed and reshaped itself across the decades has been breathtaking.

Where did Apple come from? 😉

I can still remember the completely unruffled telecoms industry exclaiming that Apple “knew nothing about making mobile phones” at one of the MWC events a few years back.

Just ten years ago the mobile industry was a third-rate also-ran to the fixed line behemoths where I cut my teeth. Across the last twenty years I’ve held senior positions across many of the most recognisable telecoms brands, most of whom now exist only in the archives of trade journals from years gone by.

It’s therefore an utter delight to be attending Mobile World Congress once again. I’ve been there most years in some capacity or other, especially during the “3GSM” years.

I think it’s fair to say that Mobile World Congress, like the business it represents, has gone through immense change in the last 5 years. I am referring of course to the inclusion a couple of years ago of the App Planet section in Hall 7: A genius move. Many would say, a necessary move.

What was there before App Planet? Well — frankly, it was an infrastructure event, filled to the rafters with high tech infrastructure, base stations and network gear. Handset launches began to play more and more of a critical role in recent years. The conference segment of the event has always been very powerful and attracted the top talent from around the globe.

When App Planet first came along with around 200 exhibitors I walked around getting really excited by the innovative apps and services that were on show. The spark was lit at that time and MWC was never going to be the same again. Over the last couple of years I’ve seen App Planet (or “AP” as many refer to it nowadays) grow and attract more and more participants, both in terms of speakers and exhibitions. This has had a really staggering effect — it’s begun to draw more and more visitors (like me) to see, touch and feel the fantastically innovative new products and services in this sector.

Bring it on App Planet!

Aside from all the new apps and products, personally I am really looking forward to seeing what BlackBerry/RIM will be offering after their rather lack lustre launch of the Playbook tablet last year. I know Ewan (our editor) is certainly bullish on the company’s prospects — me? I’d like to really get a handle on what they’re doing with this next generation platform they keep discussing. Given RIM’s recent management change announcements, my expectations are high for this year.

I’m keen to see what the operators have to say for themselves. I’m going to try and get into the conference if time permits. Like Ewan, I also find it rather stimulating to compare what the operator executives say against the industry reality.

I’d also like to pick up on what the Far Eastern companies such as ZTE and Huwaei are doing. I’ve always been staggered by the Huwaei ‘tent’ at MWC in recent years — can you call it a tent? Last year it was effectively a hall of their own.

Most of all, though, I’m looking forward to immersing myself in the MWC energy.

As Ewan seems to forever be writing here on Mobile Industry Review: Bring. It. On.

[ Written on a train into Waterloo on my iPad 2 3G with bluetooth keyboard. ] 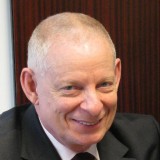 Jan is a telecoms industry veteran and senior advisor to Mobile Industry Review. He is also a contributing editor, focusing on the telecoms and operator segment of the mobile industry.